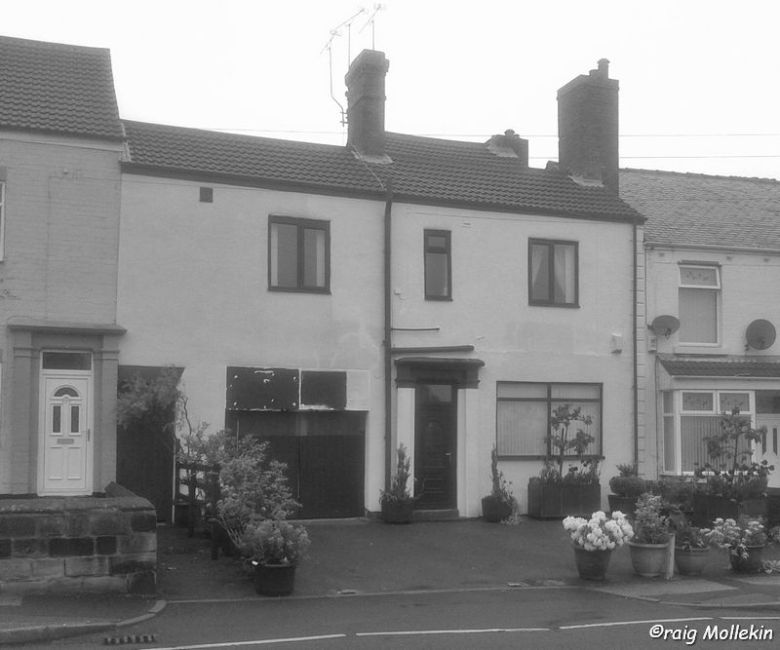 This property is now a private residence, but it had previously belonged to Mr. Knowles who was a Scottish newsagent. I’m not sure exactly when Mr. Knowles took ownership, but it was probably in the late 1960s or early 1970s.

My earliest memories of this shop are from when I started attending Queen Street Primary School across the road in 1980; my mum would walk me to school and buy me crisps from the shop for my break time.

In later years, I worked for Mr. Knowles between 1990 and 1993, delivering the Rotherham Star newspaper daily at tea time, six days a week, with an additional delivery on Saturdays for the ‘Green ‘Un’. For this, I received £5 per week. After a few months, I switched to a morning round that paid £8 per week, which was £1 more than the other morning rounds due to it being longer. After a while, I switched to a shorter round that paid £7.

Mr. Knowles taught us to how fold a newspaper properly and always insisted that we posted the papers all the way through the letterboxes – very basic skills, but ones which most current newspaper deliverers don’t appear to have. Saturdays and Sundays were the hardest days with the various newspaper supplements and we’d either have to carry two bags or go back for the second one. Monday to Friday was a 07:00 start, Saturdays was a 07:30 start and on a Sunday we’d have a lie in as we didn’t have to start until 08:00. I think the only day we had off was Christmas Day, writing of which, Christmas was always a good time for tips; I’d usually make around £25.

Mr. Knowles didn’t say much (what he did say was hard to understand) and perhaps even came across as grumpy, but he was cheerful in his own way and was pleasant to work for. He’d always have a pipe in his hand and the shop had a permanent odour of pipe tobacco smoke. I never remember Mr. Knowles being ill, but around March 1993, when we arrived at the shop one morning, it was closed and we couldn’t get in. It transpired that Mr. Knowles was ill with bronchitis and had to be taken away to a hospital. I never saw him again. I was told, some years later, that he’d gone into sheltered accommodation in Rotherham and died just a few years later. He’d always seemed like an old man to me and he must have been in his 80s by the time he’d left the shop.

After Mr. Knowles, a lady bought the business and ran it for maybe three or four years. I believe it then changed owners again; I remember in late 1997, it was opening later and I think it was even selling alcohol. The last time I remember patronising this shop was in late 1999 and it ceased trading shortly after.

Prior to Mr. Knowles, the shop was owned by a Mr. Redditt who was also a newsagent and general dealer.